The history of Lean – fun facts 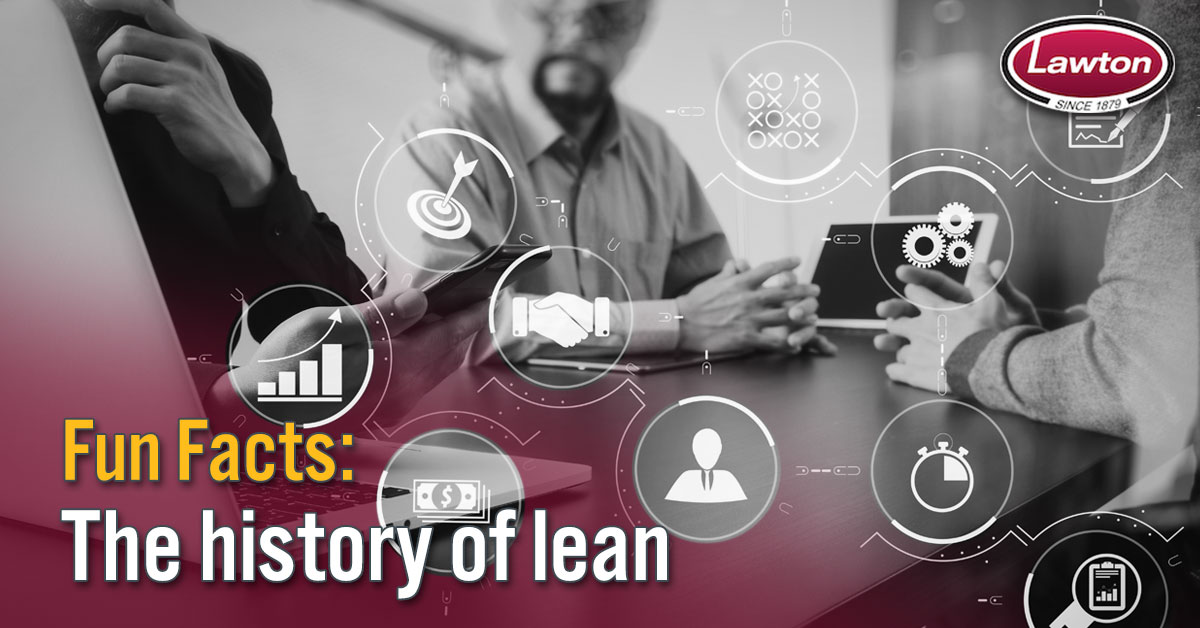 The Lean mindset drives everything we do at Lawton and keeps us improving to better serve our customers. That’s why we’ve been exploring its roots in this article series. Now that you understand how Lean has evolved during the last seven centuries, it’s time to take a closer look at some little-known but fun facts about it.

In our first Lean history article, we shared the story of Venetian shipbuilders. In the 1400s, they were the first to ever use Lean concepts in production. They realized that manufacturing could be systematized and streamlined, enabling more ships to be built in less time. This was the genesis of Lean.

Here’s an additional fascinating fact about that story: In 1583, Galileo became an advisor and contributor to the design of the logistics and production processes for the Venetian Arsenal. As Kevin Meyer pointed out in his article about this historic Lean initiative, this makes Galileo the world’s first Lean consultant.

You may remember Thomas Blanchard from part two of our Lean history series. Just in case you don’t, he received 14 patents for his many inventions, and everything Ford became famous for, Blanchard did first. For example, we told you that he invented an assembly line that consisted of 14 machines to streamline the production of rifle stocks. But history doesn’t remember him as the inventor of the assembly line; that honor goes to Henry Ford.

What we didn’t tell you was that Blanchard also set out to build the first American car before Ford! He called it a “horseless carriage” and it was powered by steam. Oddly enough, this is the exact same name that Ford later gave his first automobile creation. Was this a coincidence, or do we owe all of Ford’s success to Thomas Blanchard? The world may never know!

If you thought Frank and Lilian Gilbreth’s story was amazing, so did their kids. In fact, they wrote a popular book about it called Cheaper by the Dozen. It was written by two of their children and tells the story of their family life. It describes how Frank and Lilian applied time-and-motion studies to the organization and daily activities of their large family. This book was later made into a movie and a sequel.

During World War II, most able-bodied males were conscripted into the U.S. armed forces. That left factories drastically short of workers. To replace them, factories hired women. Lean-related concepts were used to prepare and train this new workforce, which was later popularized by the iconic poster of Rosie the Riveter. Training Within Industry (TWI) was born as a method to rapidly and effectively train women to work in U.S. factories during the war.

The core idea of TWI was to teach supervisors how to quickly and correctly train employees, establish and maintain standardized work and improve employee relations. It was also used to improve process methods and solve problems more efficiently and effectively. It was a very efficient and structured way to bring new workers up to speed. It compressed several years of training into only a few months. Thus, TWI is another way that Lean was used to help the U.S. win World War II.

“Marc Isambard Brunel Biography (1769-1849).” How Products Are Made, www.madehow.com/inventorbios/61/Marc-Isambard-Brunel.html.