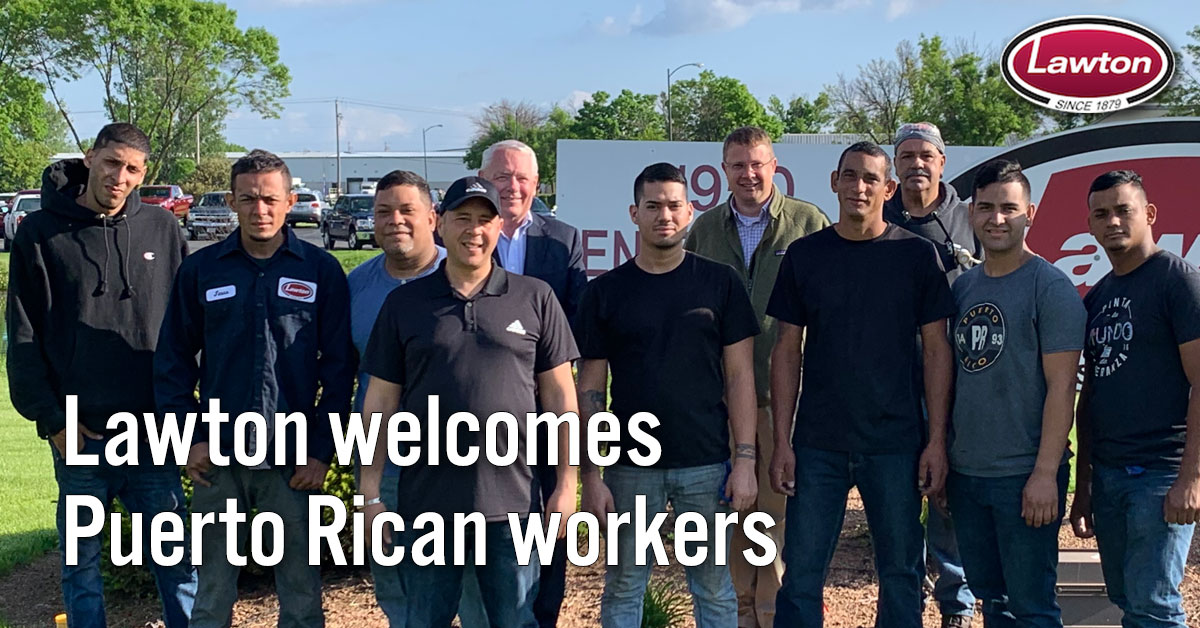 In September, The C.A. Lawton Co. began working with an agency that is dedicated to filling open positions across the United States with workers from Puerto Rico. In October of 2017, Puerto Rico was devastated by Hurricane Maria and is still in the process of recovering from this disaster. The jobs provided through this program are helping many families raise the money they need to repair their lives and homes.

Wisconsin is currently facing record-low unemployment rates, resulting in a lack of skilled workers to fill the open positions at Lawton and many other manufacturers. Meanwhile, Puerto Rico is facing an extremely high unemployment rate. By bringing in employees from this nearby territory, we can work to overcome both of these challenges simultaneously. It’s a win-win for Lawton and the new employees.

Their first week commenced with the team working first shift for the onboarding and orientation process, which includes safety training, learning about the company, and meeting new people. Company CEO Alex Lawton and his family hosted a dinner for the new employees to welcome them to the organization. Later in the week, De Pere Mayor Mike Walsh visited to welcome the new employees to the community. Additionally, they met with a representative from the Green Bay Diocese who discussed the Catholic resources available to them in the Green Bay area.

During their second week at Lawton, the employees moved to third shift and were eager to begin their roles in the foundry cleaning department. They learned their responsibilities and roles quite quickly. In fact, we saw an increase in production almost immediately. Some of the new team members have mentioned how much they enjoy working for Lawton and are talking about staying with the company beyond their eight-month contracts.

After a successful run with the first group, Lawton has decided to use the same process to help the second team transition seamlessly into their new roles as well. They are currently finishing up their first week of work and will move into their permanent roles starting next week. We look forward to working with these new team members as they become a part of our company family and community.