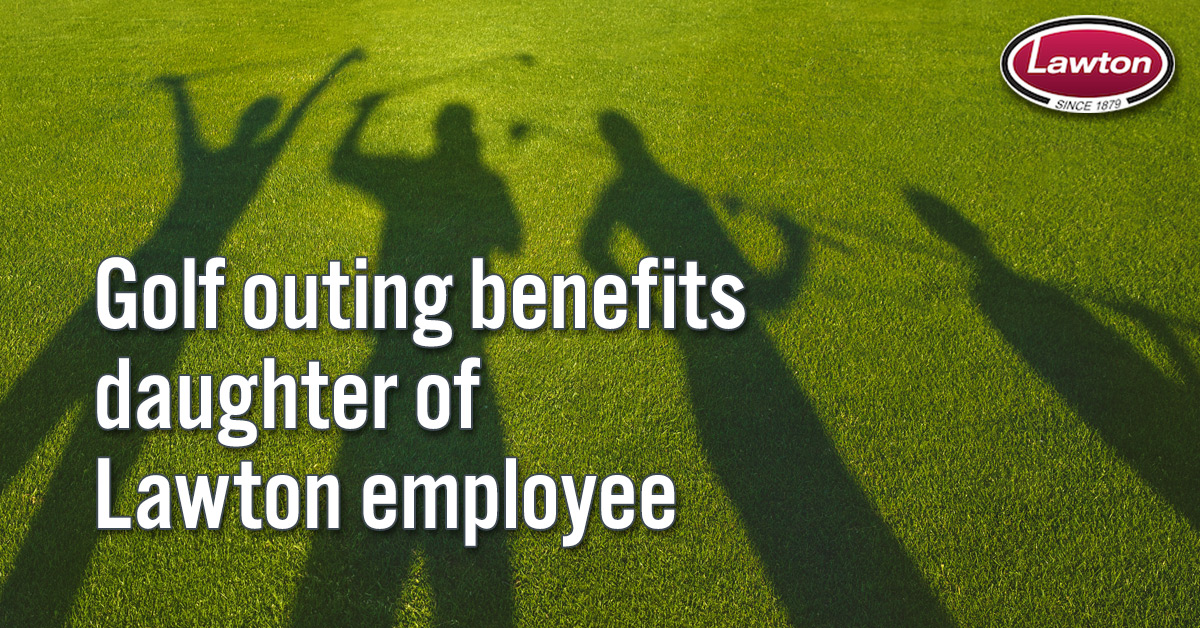 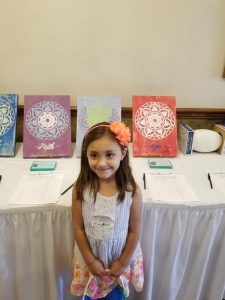 On Monday, June 11th, my daughter Penelope (Piper) participated in the Children’s Hospital of Wisconsin’s 30th annual golf outing. She was chosen, along with six other kids, to be a Children’s Champ for the day.

For the past 4 years, Piper has been a patient of Children’s Hospital in Milwaukee after a terrible accident at the park behind our house resulted in her breaking her C1 and C2 vertebrae.

After the accident, Piper wore a C-collar for 22 weeks, had lots of physical therapy and had to re-learn small tasks, she was finally discharged from her neurosurgeon at Children’s with a clean bill of health. However, in October of 2016, Piper started to complain of numbness and tingling in her hands and feet and also pain in her neck.

When we spoke with Piper’s pediatrician, he suggested we go to Milwaukee to see her pediatric neurosurgeon. After several MRIs, CT scans and x-rays, we were told that Piper’s condition was getting worse. She needed to have a spinal fusion immediately, because the fractures in her vertebrae were separating and rubbing on her spinal cord. Piper’s spinal column had become unstable, which was very dangerous.

Unfortunately, she was still very little. Because this surgery had never been performed on someone so young, her doctor was unsure if the hardware they use to do the fusion would even fit into Piper’s bones. But we didn’t have any other options. So we scheduled her surgery for two weeks later, the soonest our insurance would allow. 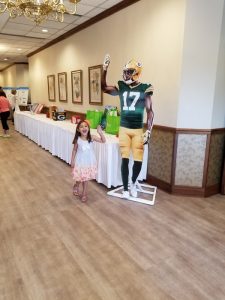 Piper’s surgery was a success. She spent 6 hours in surgery, several days in the ICU and several more days on the neurosurgery floor. It was a long recovery process with another 12 weeks in her C-collar and lots of physical therapy. We had weekly visits to Milwaukee, which then moved into monthly visits. Finally, this past March we are down to once a year appointments unless something comes up.

At the Children’s Hospital of Wisconsin golf outing, Piper shared her story and mingled with former Packer players, Badger football players and Badger basketball players to help encourage continued donations to the hospital from the community. She also painted a picture that was auctioned off during a silent auction.

After the Children’s Champs had breakfast with the celebrity athletes, they were introduced to all the attendees. The event’s goal was to raise $30,000 for the hospital, but one person donated $100,000! Piper was very excited because her main job was to hand out buttons with her picture on them every time someone donated money.

After the morning’s events were over, Piper took a break from her duties while everyone golfed. After golfing was done, we regrouped for hors d’oeuvres, drinks and prizes and where we ran into Alex Lawton. It was great to see a familiar face supporting this worthy cause!

It has been four years since Piper has been a patient at Children’s Hospital. Words cannot express the gratitude that we feel every day for all its staff have done for her. We can never repay the team of providers who have worked with Piper during these last four years. Whenever Children’s Hospital asks us to help, we do whatever we can.

This was an amazing opportunity for Piper. It was incredible to see the outpouring of community support for the hospital. We truly thank everyone who donates their time, money and resources to this cause.

“TJ is a well accomplished Foundry Coach who joined the firm in 2008. He has almost 13 years of experience and has worked in almost every foundry department at Lawton.”