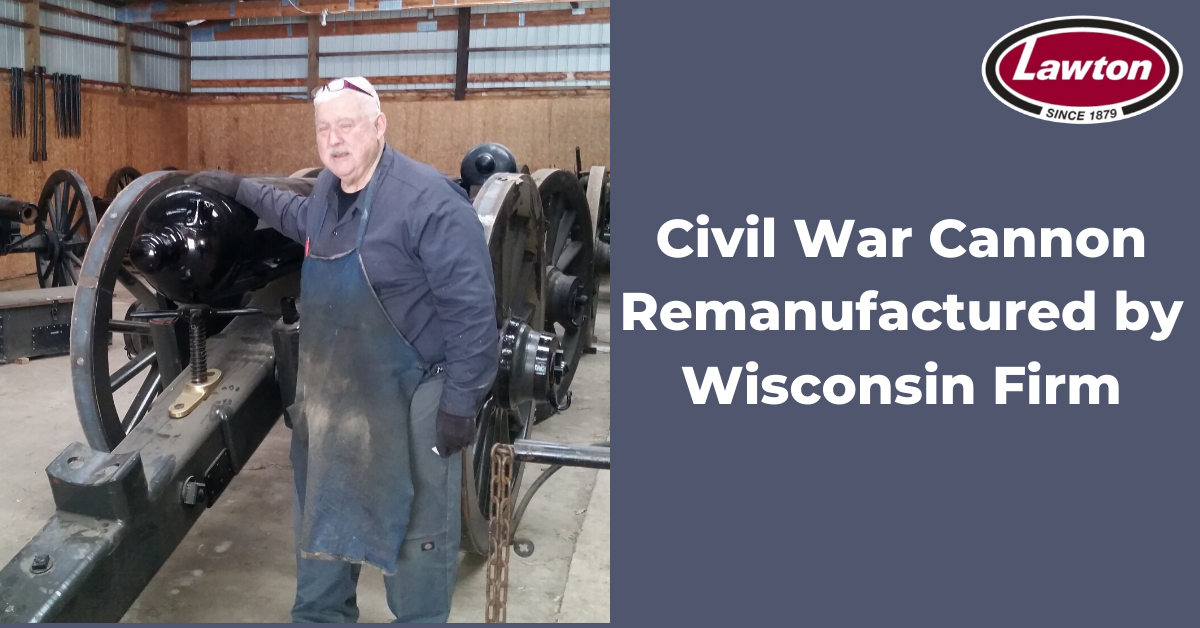 Paulson Brother’s Ordnance of Clear Lake, WI has completed the addition of a 4.5” Civil War era siege rifle to their collection.  This addition completes another page in PBO’s collection book of artillery and related logistical items from that era.  The rifle, of which very few are left, has been long sought after by the company who has been restoring such items for almost 45 years.  Bernie Paulson of PBO commented “Most 4.5 guns are in museums, cemeteries or parks.  We had a chance at onlyone, but it did not work out.”

In order to add this desirable piece to their collection, PBO undertook a project to completely manufacture the unit from scratch.  Although quite a large undertaking, it is not the first time they have remanufactured items.  After diligent research, design specs were located, and drawings were produced.

PBO then contacted The C.A. Lawton Co. foundry in De Pere, WI.  Lawton had been involved in another cannon project with PBO years prior.  Their knowledge of pattern making, and casting of large iron items made them a perfect fit for the endeavor.  “We knew this was going to be a very interesting project” remarked Andy Mastalir, Sales Manager for Lawton.

Because it was going to be a one-time pour, Lawton constructed a Styrofoam pattern to the PBO specification.  The cannon was poured in August of 2018 and then shipped to Cincinnati, OH for machining.  “You know” said Bernie, “all of the big machining took place at one time in Cincinnati.”  And big machining is what was going to be required.  In addition to gun drilling the barrel to a depth of 120”, the bore then had to be rifled.  The complete barrel was then returned to Clear Lake to be outfitted onto a carriage.

A quick tour of their facility is a real lesson in Civil War history from the battlefield perspective.  Various remanufactured and restored field siege artillery are in stock as well as numerous support items.  And the personnel at PBO are available to explain every part of it.

The 4.5” siege rifle will be featured as an important part of this year’s Clear Lake Heritage Days festival.  This festival will be held June 26-28, 2020 in Clear Lake, WI.