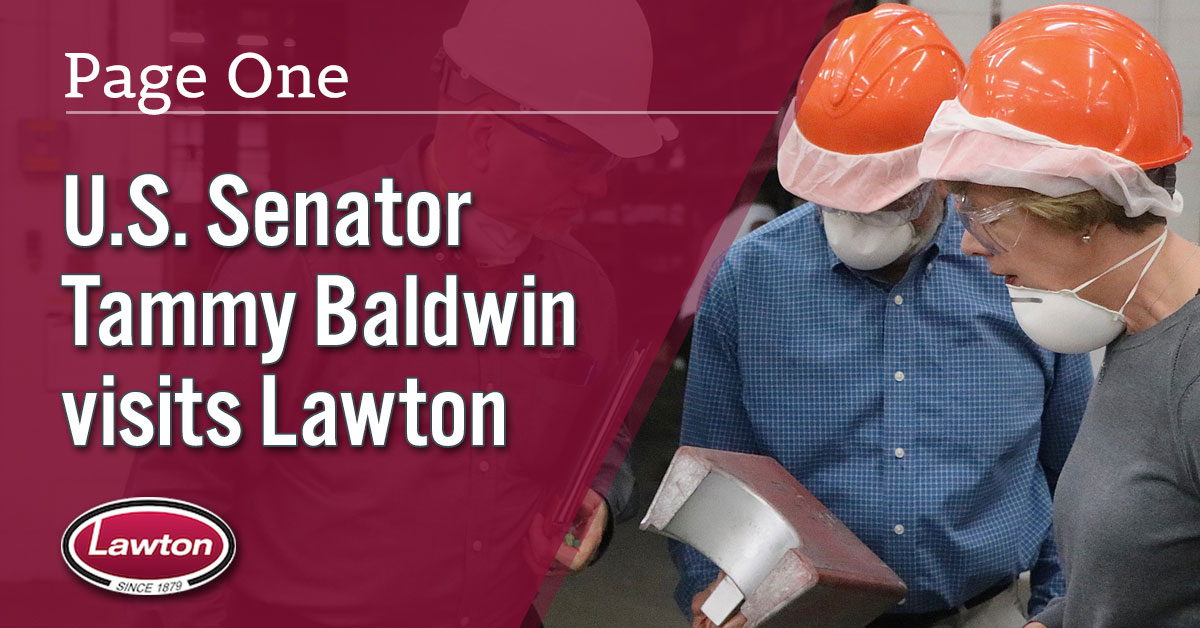 On May 29, 2019, U.S. Senator, Tammy Baldwin visited The C.A. Lawton Co. to tour our facilities and speak about Bill S. 2865. Commonly known as the Made In America Act, this statute supports American businesses and workers in four important ways.

First, it acknowledges the billions of taxpayer dollars being spent every year by the federal government on infrastructure projects that are not subject to Buy America requirements. Buy America dictates that the U.S. government give preference to American-made products.

Second, the bill requires that any and all materials and manufactured products such as lumber, iron, steel, concrete, drywall, plastic and glass used for Federal infrastructure projects be produced in the United States and meet “American Made” standards.

Third, it is outlined that in order to meet “American Made” standards, all manufacturing processes, from start to finish, used to produce the materials listed above must occur in the United States.

Finally, the bill prompts the Department of Commerce to acknowledge and “seek to maximize” the number of jobs “American Made” standards create for U.S. workers.

The C.A. Lawton Co. believes that Americans on both sides of the aisle can come together in support of Buy America because utilizing American-made products for federal infrastructure projects makes sense. Spending U.S. tax dollars on domestic projects should benefit the American workers, economy and businesses wherever and whenever that benefit can be applied. Lawton works hard to build trust with its customers and believes that Washington should strive to do the same for our nation’s workforce and manufacturers.

We would like to extend our gratitude to Senator Baldwin and her staff for their willingness to listen to the input of Wisconsin businesses, and for taking the time to learn a little bit about our operation.