Back to our Roots 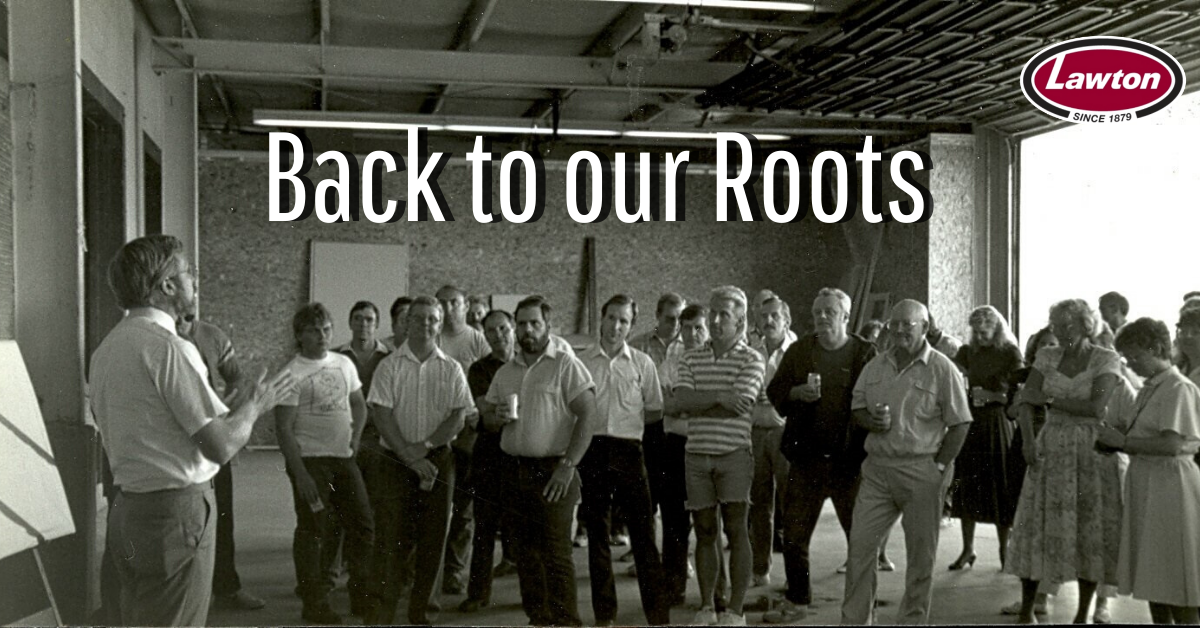 Lawton has come a long way since their journey started in 1879.  It is almost so long ago that one could forget how Lawton came to be the industry leading company it is today.  In 1879, Civil War Veteran Charles Lawton and his uncle E.W. Arndt made their place among De Pere, Wisconsin’s profitable manufacturing market by establishing the Novelty Manufacturing Company. It was a company named for its roots in innovation. However, its name would later be changed to The C.A. Lawton Co.

The Novelty Manufacturing Company developed the “Bran Dresser,” a device designed by Lawton’s father for the purpose of separating bran from flour. When it debuted at the Miller’s National Convention in Cincinnati, Ohio in 1880, the “Bran Dresser” garnered a great deal of attention.

Throughout the 1890s, the company continued operating with the same business model it had used since its inception: allowing the community and industry to dictate what they produced.

In 1904, Charles Lawton began a partnership with a man named Edward Lauson. Together they formed an independent manufacturing company within the Lawton factory, and called it the Lauson-Lawton Company. The most profitable result of this partnership was the Lawton-Lauson gasoline engine, also known as the “Wisconsin” engine. Charles Lawton and Edward Lauson discovered a market within the farming community.

A community was formed within Lawton, and that community came together to solve a problem. Through this partnership, Lawton was able to branch out into consumer markets for the first time, which allowed for growth and new opportunities in the future. This was the moment where community and innovation began to intertwine.

Posted in People and tagged