6S: A powerful engine for improvement at Lawton 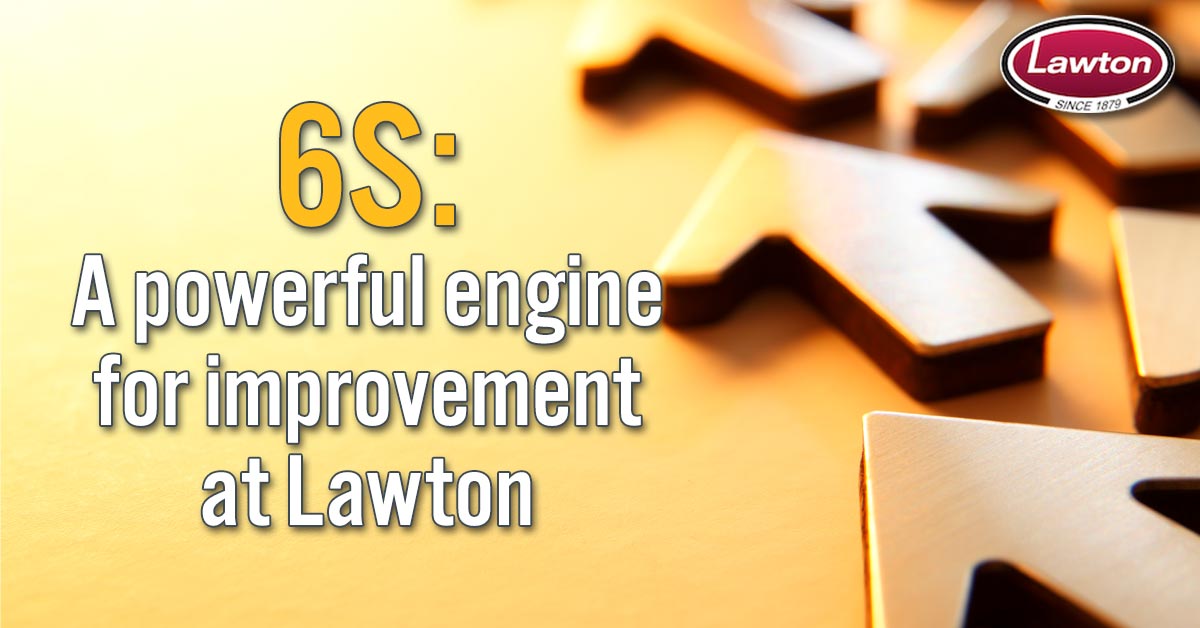 An organization is like a machine and its departments are like the cogs that make it run. In order to function effectively, it requires proper tools and maintenance. At The C.A. Lawton Co., departmental 6S audits are one of the Lean tools we use to maintain continuous improvement. It enables us to operate like a well-oiled machine.

6S focuses on refining and sustaining the organization’s effectiveness and safety. During a 6S audit, managers, supervisors and foundry coaches take on the auditor role, asking a standardized series of questions that are broken down into the different areas of 6S: Sort, Straighten, Shine, Standardize, Sustain and Safety.

Safety doesn’t appear on the audit forms because it is woven into each of the other five parts of the audit. Each question is answered with a rating from zero to five. Zero indicates that no improvement efforts have been made while a score of five indicates world-class improvement.

Each department is reviewed by five auditors who work outside of that area, for a companywide total of 110 audits every other month. The auditors’ data is then entered into a spreadsheet to calculate the average score for each area. These scores are compared to the previous period audit. Improvement, decline and no change in the score are prominently displayed in green, red or yellow, respectively. This visual designation is an alert to all team members of the gains (or losses) achieved.

To further emphasize the gains (or losses) achieved in each area, Lawton awards departments for their accomplishments – or their lack of progress. The area with the most improved score is awarded a golden broom to display in its department as a symbol of its progress. The team whose score decreases by the greatest amount must display a pink pig in its department to signify its decline.

The area with the highest score in the organization is recognized with the Lawton All-Star trophy. Right now, the melt deck team holds the all-star title, which it has held since February.

Each area receiving an award also displays its award designation on its Tier 1 area MDI board. The visual pig, broom or all-star trophy is further reinforcement of the results to be celebrated or reviewed for improvement at the daily MDI board meetings.

Giving out these awards and recognizing the teams for their efforts creates a friendly rivalry between them, challenging and motivating our employees to do their best. That results in a better work environment for the employees, promotes involvement and makes Lawton a better company as a whole. Lawton uses 6S audits as a tool to measure the momentum of our continuous improvement efforts. If we have recently conducted kaizen for a certain area, we want to make sure we are seeing solutions implemented, standardized and sustained. 6S audits enable us to track progress and bring attention to areas where additional attention is needed.